475 Vande Bharat Trains will be ready in the next four years: Railway Minister 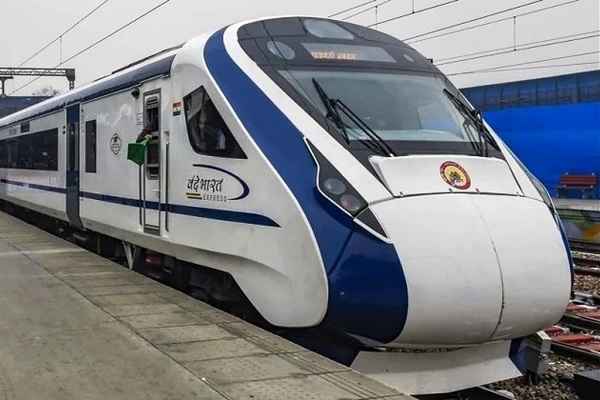 New Delhi, India (Urban Transport News): While addressing a conference in New Delhi, Union Railway Minister Ashwini Vaishnaw said that the target of having 475 Vande Bharat Express trains is on track. The statement came months after Vaishnaw promised that a total of 475 semi-high speed Vande Bharat Express trains will be manufactured in the next three to four years. He said said that 475 Vande Bharat trains will be ready in the next four years and there is no delay in the process.

"The target of having 475 Vande Bharat trains is on track. In the last budget, 400 trains were sanctioned and 75 were sanctioned earlier. We will be achieving the entire target in the coming three years," Vaishanaw said. "The feedback from the citizens as well as industry has been immensely positive. Everything is coming out exactly as planned," he added.
"There is already an interest for Vande Bharat trains in other countries as the quality is very good and it matches world-class parameters. On a scale of 1 to 10, Vande Bharat Train would be 7 or 8," he said.
In August this year, the Railway Minister Vaishnaw had said that a total of 475 semi-high-speed Vande Bharat Express trains will be manufactured in the next four years. He made the statement while inaugurating the Vande Bharat train’s prototype at Indian Railways' Intergral Coach Factory (ICF) in Chennai.
According to him, the Vande Bharat Express train can touch 160 kmph speed in 140 seconds and comes with features like anti-collision system, luxury toilets, rotatable seats, emergency phone options, tap-to-touch lights, CCTV camera surveillance, pantry for each compartment with fridge and oven, and 32-inch infotainment system.
Presently, a total of six semi-high-speed Vande Bharat Express trains are running in different routes of Indian Railways network.
The 7th and 8th Vande Bharat Express trains are expected to be launched before 31st March 2023.