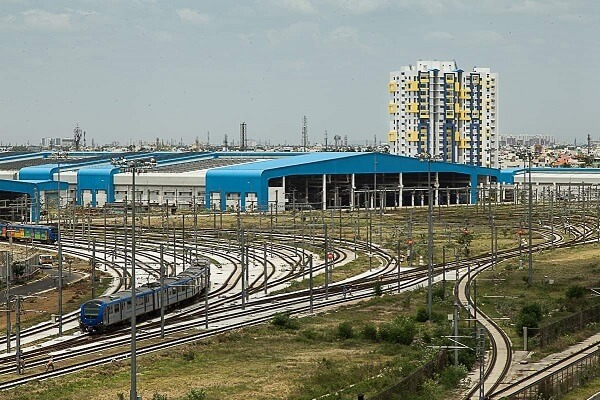 Tender for the construction of Poonamallee metro depot was invited on January 11, 2021 vide notice no. CMRL/CON/PHASE-II/C4-DPT-01/2021. The scope of work includes Construction of Depot at Poonamallee including Structural Works, Architectural Finishes, Plumbing Works, Signages, Utility shifting & Boundary wall and all Associated works for Corridor 4 of Phase 2 of Chennai Metro Rail Project. Technical bids were opened on July 17, 2021.

The Poonamallee metro depot will be developed in 17 hectare area with an estimated cost of Rs 225 crores. A total of 24 tracks and a staff quarters will be built in depot. CMRL has also begun work to procure Rolling Stock trains for the corridor and to find a contractor for laying tracks in the depot. The will be used to park and maintain a total of 26 (3-coach) metro trains for Corrior 4 of Chennai Metro Rail Project.

Before awarding the contract, the tender commitee will evaluate the bids submitted by the contractors. "There are some more procedures to be completed and after that, the contract will be awarded. But, it will be done shortly," said CMRL officials.

"Since the section of the Poonamallee-Light House stretch between Poonamallee and Power House will be the first to open to the public in four-five years, it is imperative that the depot be finished by then," officials added.

The 26.09 km Corridor 4 will connect Light House to Poonamallee Bypass through 30 stations.