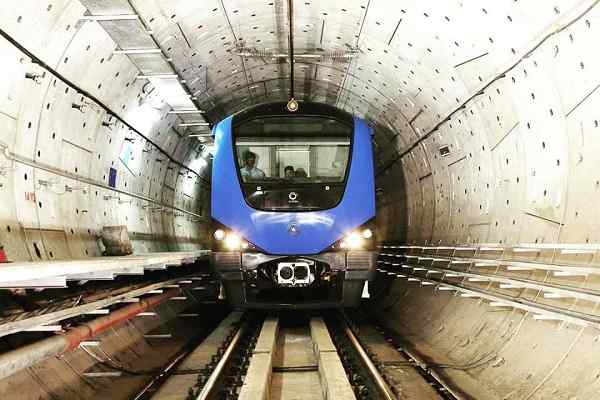 These trains will be in a DMC + TC + DMC configuration with the ability to operate at Grade of Automation level-4 for “driverless” Unattended Train Operations (UTO). Alstom will manufacturer these coaches at their Sri City Coach Facility Centre in Andhra Pradesh, India.

These three-coach trains with a total length about 66 metres, can carry about 900 passengers at a time. This is in contrast to Phase I project trains where CMRL opted for four-coach trains with a capacity of 1,200 people. Later, CMRL will convert these trains from three coaches to six coaches to fulfill furture demands.

A total of three bidders - Alstom Transport India, BEML and Titagarh Wagons - were participated in the tendering process.

“Though this tender had to be finalised a few months ago, there were some issues that had to be ironed out. Fresh tenders were floated and Alstom was the lowest bidder. We will formally award the contract to the firm within a few weeks,” said an official.