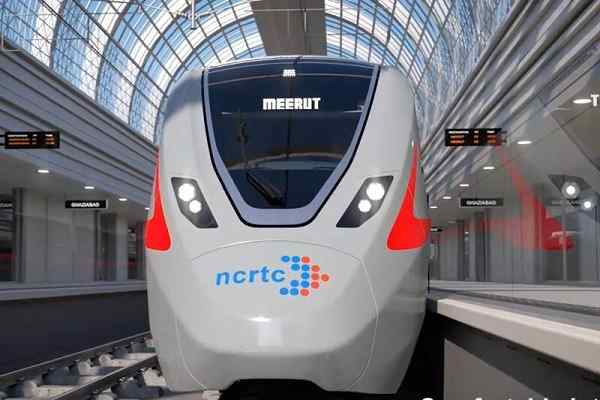 Savli, India (Urban Transport News): The revolutionary Regional Rapid Transit System (RRTS) corridor is decking up to be the first semi-high-speed stretch for intercity passenger travel, which would cut down travel time between Delhi and Meerut to 55 minutes. This line is the first in India to adopt the European Train Control System (ETCS) hybrid Level 2 signalling system. It also marks the world premiere for the combination of the latest ETCS standard.

The global rolling stock manufacturer, Alstom Transport has announced that it is all set to deliver the first state-of-the-art semi-high speed RRTS trainset to National Capital Region Transport Corporation (NCRTC) on May 7, 2022. The first train will be handed over to NCRTC at a grand ceremony in the presence of Hardeep Singh Puri, Union Minister for Housing & Urban Affairs; Manoj Joshi, Secretary, Ministry of Housing & Urban Affairs; Vinay Kumar Singh, Managing Director, NCRTC; Alain Spohr, Managing Director, Alstom Transport India and other senior officials from NCRTC & Alstom.

In July 2021, Alstom had commenced manufacturing the regional commuter and transit trains for the Delhi-Ghaziabad-Meerut semi-high-speed rail corridor for RRTS Phase 1 at its Savali plant, Vadodara, Gujarat. In May 2020, NCRTC had awarded a contract to the Bombardier Transportportation (which was later acquired by Alstom) to design, build, and deliver 210 regional commuter and transit train cars along with comprehensive maintenance services for 15 years.

Alstom will deliver a total of 30 RRTS trains six cars each and 10 intracity mass rapid transit trainsets of three cars each. In accordance with India’s ‘Aatmanirbhar Bharat’ vision and the Make-in-India guidelines, these RRTS trains are 100% indigenously manufactured, with over 80% localisation and are being manufactured in Alstom’s factory in Savli (Gujarat). This facility is producing the bogies, car bodies and undertakes train testing. The propulsion systems and electricals are being manufactured at the company’s factory in Maneja (Gujarat).

The first look of the train (mock-up) for India’s first Regional Rapid Transit System (RRTS) was unveiled on March 16, 2022, at the Duhai depot of NCRTC.

These RRTS trains have been developed with the vision to transform the future of regional commute for passengers in India. The RRTS corridors will operate the fastest trains in India with a design speed of 180kmph. Right ergonomics, safety, low life cycle costs and high recyclability also contribute towards making these trains an attractive sustainable choice to promote public transport thereby reducing traffic congestion and air pollution significantly. 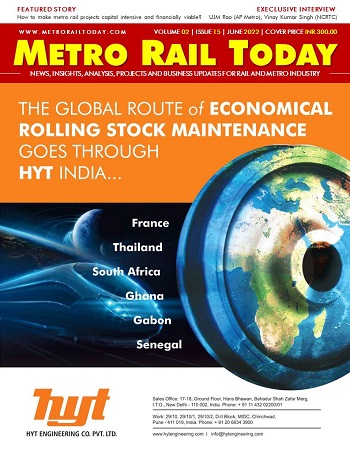 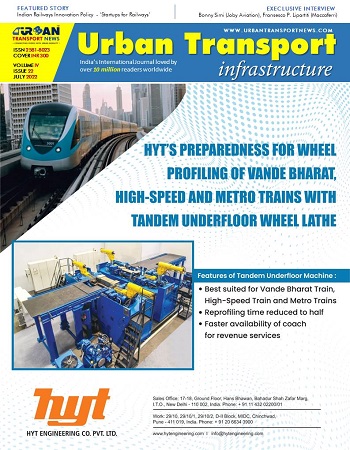