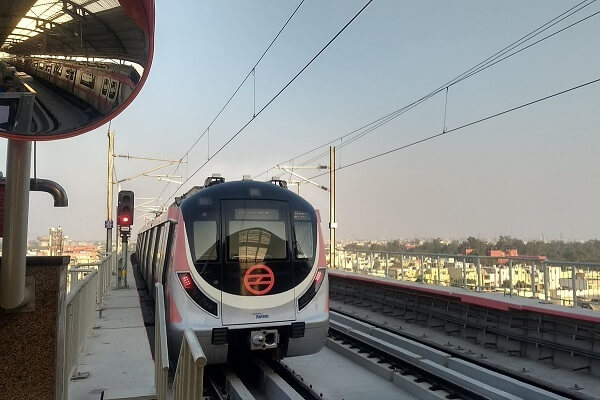 New Delhi (Urban Transport News): According to an estimate prepared by the National High Speed Rail Corporation (NHSRC) Limited, India’s first high speed bullet train, which will likely to start run between Mumbai and Ahmedabad by 2022, will consume 40% more electricity than what the entire Delhi Metro Rail network requires.

NHSRCL, which is executing the Country's ambitious Mumbai-Ahmedabad high-speed rail project said that the project, once operational, will require 1,100 million units of electricity per year to operate the bullet train and power the stations where it will stop. In comparison, the Delhi Metro, which runs on eight lines spanning 350 kilometers serving 236 stations and connects the capital with satellite towns like Gurugram and Noida, consumes only 850 million units per annum.

Explaining further on the estimate, the NHSRC officials said that the main reasons of this difference in consumption is because bullet trains need to attain a certain speed which is much higher than what a metro train is capable of and because metro trains deploy regenerative braking, a technology that recovers some energy while stopping and converts it back into usable electricity.

According to the officials, the NHSRCL will construct approx. 350 km of transmission lines and high voltage cabling in Gujarat and Maharashtra for the Mumbai-Ahmedabad High Speed Rail corridor, for which the foundation stone was laid by Prime Minister Shri Narendra Modi and his Japanese counterpart Shinzo Abe in last year September 2017.

According to the NHSRCL officials, the company has already tied up with power generating companies, which will supply the 1,100 million units of electricity required per year to operate the first bullet train. However, the power requirement will increase as the number of train services will increase in the year2033, 2043, and 2053.

As per plan and deadline set by the company, the first bullet train will start run on track from August 2022 at the highest speed up to 350 km per hour. At present, the newly developed Train 18, which will connect New Delhi and Varanasi, hit a top speed of 180 km per hour during a test run in last year December and is officially declared as India’s fastest train by the Indian Railways.

In an interview in November, Achal Khare, Managing Director of NHSRC said that after finalizing the alignment in October 2017, the NHSRC has appointed a consultant to decide the power requirement for the project. After a detailed study, the company has finalized the locations of substations and how much power will be required at how many locations. The company has also tied up with power distribution companies so that they can start work on the transmission line.

The consumption estimates are in line with what similar networks elsewhere consume. According to the NHSRC officials, traction power requirements are assessed by electrical works contractors that carry out power system simulation studies. The maximum projected train traffic and time table is simulated using software and the electric power requirement at each power substation, location and spacing of substations is assessed.

Apart of the electricity supply from the power distribution companies, the NHSRC has also planned to adopt green energy initiative and install solar power plants at the rolling stock depots in Sabarmati and Thane, the High-Speed Rail Training Institute in Vadodara, and Sabarmati HSR Complex of the Mumbai-Ahmedabad High-Speed corriodor.