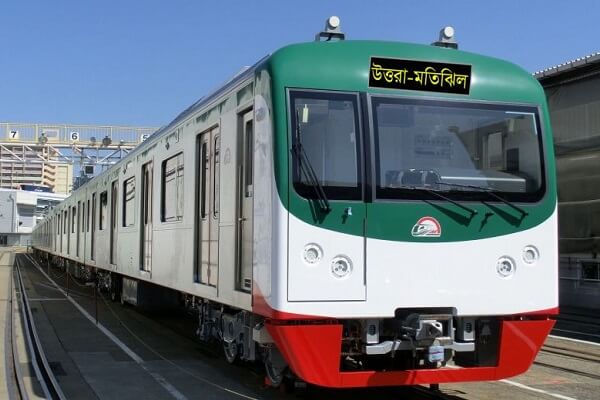 New Delhi, India (Urban Transport News): The Delhi Metro Rail Corporation Limited (DMRC), which once sent its first batch of officials/staff for training in Hong Kong before the inauguration of Metro services in Delhi in 2002, reached a unique historical milestone by commencing the training of the first batch of operations and maintenance staff/officials of the Dhaka Metro at its prestigious Training Academy (known as ‘Delhi Metro Rail Academy’ i.e, DMRA) located at Shastri Park Depot.

The training of the first batch of Dhaka Metro core staff and officers, comprising of 19 Operations and 17 Rolling Stock officials, by DMRC officials, commenced at the Delhi Metro Rail Academy from 14th Oct, 2021.  The training is a part of an agreement signed between DMRC and NKDM Association, a consortium of foreign and Bangladeshi companies looking after the implementation of the Dhaka MRTS project in Bangladesh, under which 163 officials of Dhaka Metro will be undergoing training at DMRA.
The training duration of the courses will vary from 24 days to 156 days as per the job profile of the participants. The training module includes interactive classroom sessions, demonstrations, simulators, practical, on-job training, etc.
Dhaka Metro will soon be beginning their Metro journey with the opening of their first line known as ‘MRT Line-6’ comprising 20.1 km.
This major off-shore assignment will further boost the image of DMRA as a premier training destination in the field of MRTS not only in India but internationally. DMRA had earlier conducted short-term courses for MRT Jakarta and LRT Colombo also.