Darjeeling's Toy Train may Shut Off Quickly: Here's what you need to know 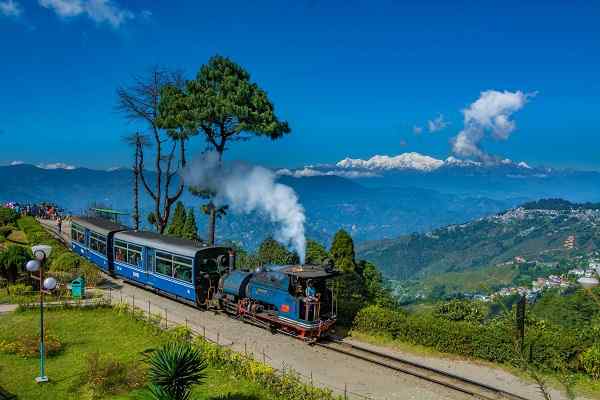 Darjeeling's Toy Train has been like a living being to the local people - with its engine rumbles, magnetic structure, and all the happy vibes. Inhabitants have always believed it to be their home. Darjeeling's Toy Train is a World Heritage Site running since 1881, blowing joy and life back to the place. The relationship is now moving towards a forever end. The Government of India decided to give it up to a private company. The ownership of the railway and the land adjacent to the stations will come under government creating alarming tremendous adversities to jobs and the lives of the hill people. The news has also shocked visitors, especially those who like traveling by train. As most metro cities spend a significant amount of time on trains, they become an integral part of their lives. They think of trains and railways as a part of their life's journey. But sometimes, while traveling by train, it's harder to look for a company. So, to make your journey more fun, you can play online casino games at https://20bet.com/casino to win real cash.

How privatization of the toy train will affect residents' lives

The possible private ownership of the toy train threatens the life of residents in many ways.

It could be the reason for the forceful eviction of the small businesses which have been apace with the stations for many generations. There lies a great chance of seeing hotels and shopping centers in the place of these businesses. On the other hand, railway workers are worried about their jobs the most. The DHR administration has also started the work, and it is evident that people are not getting jobs in the place of retired railway workers.

People illegally built many shops, cafes, and houses of the residents surrounding the stations. But they didn't have to face any problem as the government never cared about this situation. But that is going to change by the intervention of a private company drastically.

The reason behind the Privatisation

The Toy Train has been running at a loss for a long time. So, to recover some of the loss, India's Finance Minister, Nirmala Sitharaman, declared the privatization of the railways. Darjeeling's Toy Train is one of the four mountain railway lines selected to place under private hands.

Fight for saving the Heritage Site

Since the announcement, DHR has been facing massive protests with letters and tweets daily. Local politicians are also supporting the protest, indicating to launch widespread protests if the administration and the government take no step to stop the privatization. Meanwhile, UNESCO has also asked for clarification from the Indian government to know how the private company will work to conserve the world heritage site. The Darjeeling Himalayan Railway Society is also protesting against this decision of privatization of the heritage site. People worldwide are eagerly joining in protests to save Darjeeling's Toy Train.

It has now been a question of conserving our heritage site, along with saving people's lives. Only time will answer what will happen next. In the meantime, do not forget to play exciting games at https://20bet.com/casino if you like online casino games.