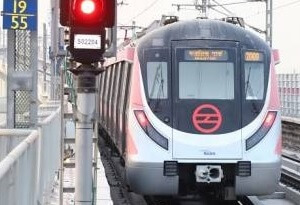 New Delhi (Urban Transport News): The Central Government is planning to approve the phase IV of Delhi Metro rail project before the announcement of election dates. Three lines of the Delhi Metro Phase IV project can get government approval in a few days. Even before the announcement of the Lok Sabha elections, the foundation stone of these lines can also be laid. The Ministry of Housing & Urban Affairs has started preparations in this direction. If there is no mess, then in the next few days not only will the public investment board but the Modi cabinet will also give its approval.

Currently, files of three Metro lines are proposed to be sent to the Public Investment Board for financial sanction. These lines are; Aerocity-Tukolakabad, Janakpuri West-RK Ashram Marg and Mukundpur-Maujpur. They have been chosen because this will cover a large part of Delhi. These lines will pass from several parliamentary areas which will cover about 61 km. BJP sources said that the party was trying to launch major projects of the Delhi Metro before the elections, but the matter was pending with the Delhi Government and the Center for interfering with the discussion on funding pattern. Before that, the lines of Delhi Metro started in Delhi, the foundation stone was laid during the Congress rule in 2011. This project has been stuck for 3 years.

After completion of Phase-III work in 2016, the construction of Phase-IV should have begun. The DPR was also ready. But before the approval from the Delhi government and then bringing the new metro policy of the central government, the work of Phase 4 could not be carried forward. Recently the Delhi government had given its financial sanction on this, but the central government had said that the approval was not received under the scale. These following lines of Delhi Metro Phase-IV will be finalized soon-