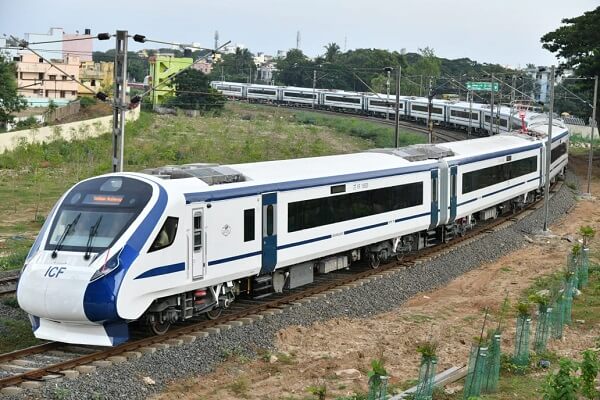 The closure of the technical bids for the mega tender kickstarts the process of rolling out 400 Vande Bharat trains over the next three years, as announced by Finance Minister Nirmala Sitharaman in her Union Budget 2022 speech.

"At least four of the five firms that have submitted the bids have formed consortia to participate in the tender. While Medha Servo has bid along with Straddler, three others have formed partnerships with public sector undertakings (PSUs)," said senior railway officials in the know.

While Titagarh Wagons is in a joint venture with Bharat Heavy Electricals Ltd (BHEL), TMH has partnered with Rail Vikas Nigam Limited (RVNL) and German MNC Siemens Ltd has joined forces with BEML Ltd. There is no clarity on whether Alstom Transport India is part of a JV or it is going solo.

"It would take 18-24 months for the Railways to procure the first prototype from the manufacturers. According to the tender document, these trains will be manufactured at railway production units in Latur and Chennai," said officials.

The estimated value of this contract package is Rs 26,000 crore, implying that the cost to manufacture one 16-coach trainset of Vande Bharat Train is Rs 130 crore. The tender was floated earlier this year, and three extensions were given to prospective bidders.

The technical evaluation committee will examine the proposals made by the five bidders/consortia, after which the process will move to financial bids, where the bidder with the lowest bid will be selected to manufacture these trains. Sources said that the Railway ministry is likely to award the contract to multiple entities, wants to ensure that serial production of these trains begins as early as possible.

So far, five sets of Vande Bharat Express trains have been introduced on various routes of Indian Railways network. The latest tender will also take the Railways one step closer to introducing sleeper-class Vande Bharat Express trains, an announcement Union Railways Minister Ashwini Vaishnaw made recently. The sleeper version of the train is likely to have a different interior design.

Currently, Vande Bharat trains are running solely with a seating facility, which limits their ability to undertake long-distance journeys. While production of these trains would be expedited, there are questions about how the Railways plans to deal with speed restrictions slowing the train down and safety risks to its frontal nose panel.