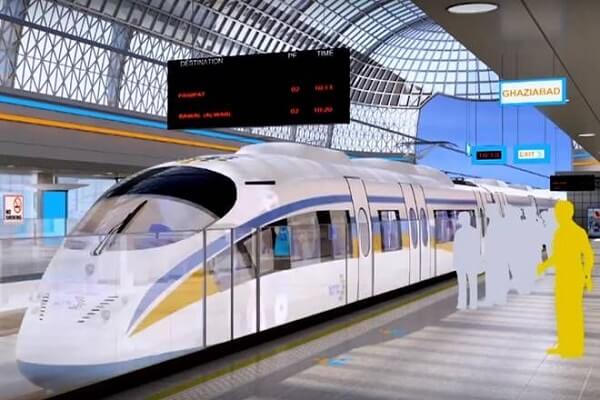 According to the government, the TOD policy aims for the planned development alongside high-speed mass transit systems and in Ghaziabad, such areas include alignments along the Metro and the RRTS, besides highways and expressways. The TOD concept is fast growing and aims at creating vibrant, sustainable and liveable communities that are generally cantered near high-quality train systems.

“The authority has been asked to prepare special plans for TOD zones, or mixed land use zones, for the development of residential, commercial and other types of constructions. It has been specified that the area in a 1.5km radius of stations and a 500m radius of the mass transit line will be developed as TOD zones,” said Rajiv Ratan Sah, Town Planner, GDA.

“The areas nearby these projects need to be developed in a well-planned manner. So, the TOD policy is a welcome step and it will be beneficial for residents, commuters and businesses. It will also boost the local economy and provide ample employment opportunities. The concept of TOD is already prevalent in many foreign countries,” said Gaurav Gupta, Secretary, Confederation of Real Estate Developers’ Associations of India (NCR).

According to the new TOD policy, the Uttar Pradesh government has defined three types of TOD zones.

The first one is the ”corridor TOD zone” within a 500-meter radius of the mass transit alignment, while the second encompasses areas in a 1.5km radius of stations. The third is defined as a ”high potential zone” that will include special areas alongside high-speed train corridors, expressways, and highways.

The GDA has already marked out zones under the third category alongside the RRTS corridor in Guldhar (250 hectares) and Duhai (400 hectares) in the draft Master Plan 2031 which is likely to be approved by the government by the end of the year. Ghaziabad also has Eastern Peripheral Expressway and Delhi Meerut Expressway passing through it.

The floor area ratio (FAR) is the ratio of a building's total floor area (gross floor area) to the size of the piece of land upon which it is built. It is often used as one of the regulations in city planning along with the building-to-land ratio. FAR provides for more vertical expansion and the scope of construction increases with an increase in FAR.