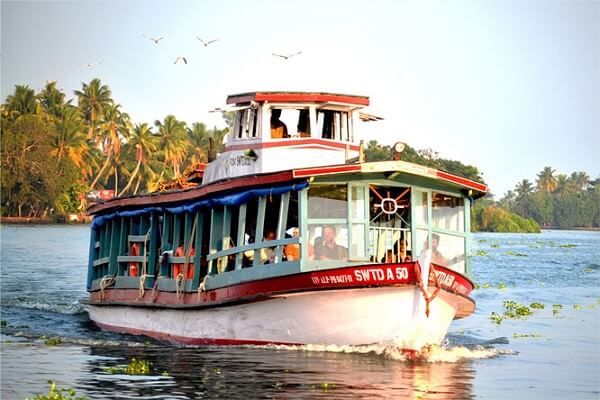 "The 520 km long first phase of the national waterways dedicated to the nation. Inauguration of the eco-friendly mode marks the beginning of a new chapter in infrastructure development. In these past 5 years, the State has made a quantum leap in mobility & transportation sectors," said Pinarayi Vijayan, Chief Minister.

The Kochi Water Metro project was actually scheduled for official inauguration on February 22. But due to some administrative reasons, it has been preponed. However, commercial services will be commenced on 1st March when the statutory certification process is completed

According to the KMRL officials, the Kochi Water Metro project will be the largest organised water transport system in the world. There will be 78 boats and 38 jetties in the first phase and more will be developed in the future.

Talking about the salient features of boats, they are saying that the state-of-the-art air-conditioned boats will provide safety, comfort, reliability, punctuality and will be affordable to a large section of people just like the Kochi Metro system. The Kochi Water Metro will be the metro of people from the islands, connecting them to prosperity. As of now, as many as 10 islands will be connected through the network. 16 terminals (Jetties) out of 38 are being constructed in Phase-1 of the Kochi Water Metro Project.

The Panamkutty Bridge connecting Petta and Tripunithura across the Poorna River, was constructed as part of the preparatory works of Phase-I extension of Kochi Metro. The 250-m-long bridge was built at a cost of Rs 17.2 crore. The construction work, which commenced on November 1, 2019, was scheduled to be completed within a period of 22 months.

The Kerala government has already approved the Integrated Urban Regeneration and Water Transport System project at an estimated cost of Rs 1,528 crore.

The estimated cost of the Kochi Water Metro project is Rs 819 crore. More than 1 lakh islanders are expected to get benefit from the water metro project. Out of the total project cost, Rs 579 crore was given by KfW, the German Development Bank.