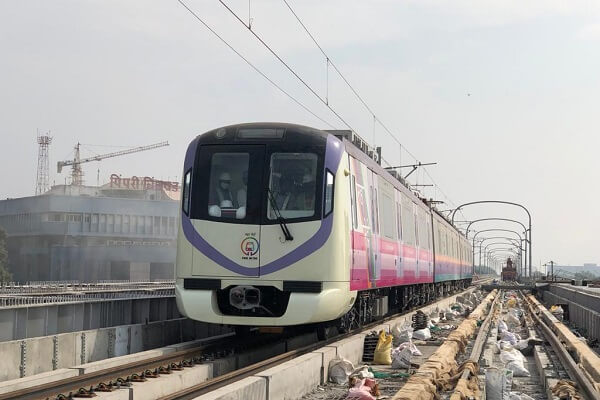 Nagpur (Urban Transport News): While countdown has begun for the much-awaited operational launch of Nagpur Metro Rail Project, Maha Metro has proposed major discounted inaugural fares for the commuters of the city. In fact, a citizen wanting to travel from Sitabuldi Interchange to Khapri metro Station would have a pay a meager amount of Rs 20 as Metro Fare.

Maha Metro Nagpur is all set to launch operations from Khapri Metro Station to Sitabuldi Interchange and from Lokmanya Nagar to Subhash Nagar Metro Station. While Nagpurians await the launch of passenger services, Maha Metro has gone a step ahead to ensure that its commuters get rewarding initial benefits. The discounted fare would prove to be all the more rewarding, as summer sets in and a cool Metro journey would give citizens the much-needed relief from the scorching Sun and the rising temperatures.

The journey with Metro Train would not just help fight the heat, but also ensure a shorter journey time. So, as mentioned above, a journey between Sitabuldi Interchange and Khapri Metro Station – which covers a distance of 13 km – would cost a passenger just Rs 20 instead of regular fare of Rs 34. Similarly, short distance journey spanning up to 3 metro stations would be extremely cheap as the passenger would have to pay just Rs 10.

The comparative fare for the similar distance as decided is Rs 23. The Inaugural Fares have been planned to ensure that Nagpurians get a feel of Metro travel. Maha Metro had launched Joy Ride services about a year back. Many citizens have already availed of `Joy Ride’ services launched by Metro earlier. In fact, the concept of Joy Ride proved to be extremely hit, as close to 10,000 Nagpurians have availed and enjoyed this fun ride in a span of six months. For all those who availed of this Ride, the experience of travelling by Metro Train has been extremely fascinating. So, taking this association with citizens to a new level, Maha Metro has planned this specially discounted fare structure for initial days, after its formal launch.