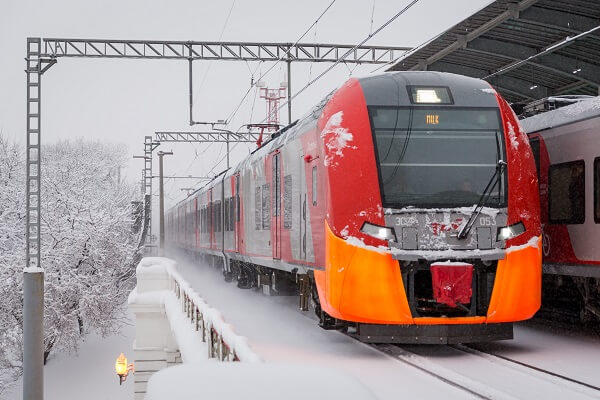 Moscow, Russia (Urban Transport News): Moscow Metro has renewed its all fleets under the MCD project and hopes for more than 200 new cars to be supplied in 2021.

Deputy Mayor for Transport Maxim Liksutov declared that the rolling stock of lines D1 and D2 of Moscow Central Diameters – surface Metro lines linking suburban cities through the capital’s centre – was completely renewed in 2020. According to Mr. Liksutov, now the fleet consists of modern Ivolga, EP2D and Lastochka models as well as Aeroexpress trains.

He also outlined that in 2021, Moscow’s railway transport will receive 209 new EP2D cars and 20 new Lastochka cars, which will be used on suburban lines.

“Comfortable rolling stock and comfortable stations are the pillars of the MCD project.  We will continue to work on the Moscow transport hub in 2021. In general, we seek to renew the fleet on all the future MCD diameters,” – said Maxim Liksutov.

New Ivolga trains have the newest climate control system and heated air curtains on the doors that maintain 20-degree temperature even in winter. In addition, the trains are equipped with air disinfection systems that eliminate up to 100% of bacteria and viruses.

Moscow Central Diameters (MCD) are new surface Metro lines launched in November 2019. The new transport is completely integrated in Moscow’s transport system, including ticketing, design and quality standards. As for today, two lines have been launched. D1 Line linked cities of Odintsovo and Lobnya, D2 Line – Nakhabino and Podolsk through the centre of Moscow. By 2025, three more lines are expected to open.