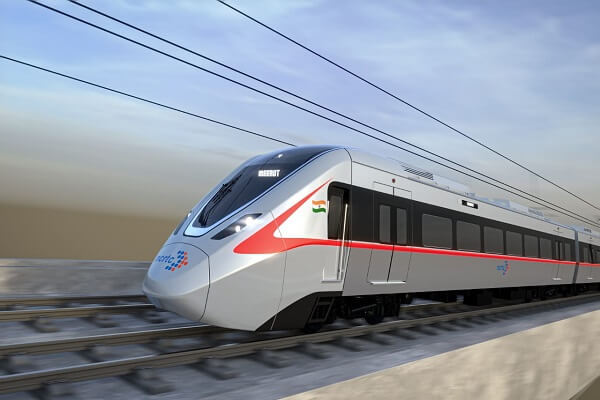 Ghaziabad, India (Urban Transport News): The Board of Ghaziabad Development Authority (GDA) has approved the changes in the boundaries of the two special development areas (SDAs) and seven influence zones (IZs) that are proposed to be built alongside the Delhi-Meerut Regional Rapid Transit System (RRTS) Corridor. The decision was taken at the GDA’s board meeting held in Meerut on 23rd November 2022.

The changes have been made in line with the new transit-oriented development (TOD) policy of the Uttar Pradesh government, which was rolled out in September this year, said GDA officials.

“The revision made to the SDAs and IZ under the new TOD policy have been approved by the board. The SDAs will now incorporate a larger area and will have world class facilities along with mixed land use, a floor area ratio (FAR) of up to 5 as against the normal FAR of 2.5, which is generally available in the city. The RRTS has seven stations in Ghaziabad and their influence zones have been marked in a radius of up to 1.5km from each of the seven stations,” said Rajiv Ratan Sah, Town Planner, GDA.

"The provision of mixed land use will not be made available in the IZs till their zonal plan is developed, which will happen once the draft Master Plan 2031 is approved by the state government," he said.

The development of SDAs and IZs will mean more planned development in Ghaziabad, which will also bring in revenue for the authority. The state government’s new policy has defined three types of TOD zones. The first one is the “corridor TOD zone” in a 500-metre radius of the mass transit alignment, while the second encompasses areas in a 1.5km radius of stations. The third is defined as a “high potential zone” that will include special areas alongside high-speed train corridors, expressways and highways.