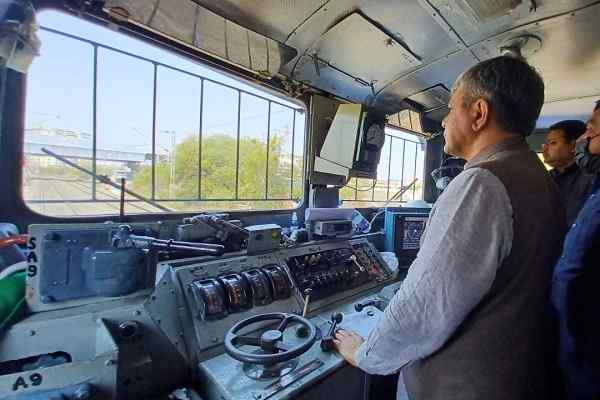 Secunderabad, India (Urban Transport News): Indian Railways Institute of Signal Engineering & Telecommunications (IRISET) is housing a ‘Centre of Excellence’ for ‘Kavach’ in Secunderabad with the Railway Board granting Rs 34 crore for training and developing on the technology to be adopted across high density traffic routes in the country for enhanced speeds and safety.

The IRISET, which celebrated the 65st founding day on 24th November 2022, has already commenced training for the railway personnel on ‘Kavach’ developed by RDSO (Research Design Standards Organisation) with South Central Railway (SCR) being chosen as the first implementing agency for testing of the technology. Kavach is an indigenously developed Automatic Train Protection (ATP) system.

"It is being run successfully across 300 km route here and the installation has touched 1,500 km and soon this is expected to be taken nationwide. “IRISET can, in fact, become the centre for convergence of signalling and communication with the Indian Railways moving towards communication based signalling with remote trouble shooting and interconnectivity. Hence, it is necessary for our personnel to melt the boundaries between both streams in training,” said Rahul Agrawal, Additional Member (Signal), Railway Board, Ministry of Railways.

Agrawal said that the railways had to take the industry support for developing training content and also for hands-on experience in view of the sudden burst of infrastructure development that had caused impediments in clearing designs signalling.

The IRISET has trained about 364 personnel in the last one year and has equipment of the approved manufacturers. It also has a Network Monitoring System (NMS) to monitor the working of the equipment from a centralised location to initiate action in case of a failure.

"The experiment for interfacing Kavach with electronic interlocking systems available at stations has been a recent successful initiative while the integration with LTE wireless mobile broadband communications technology 4G/5G is under progress," said C. Neelakanta Reddy, Senior Faculty Member at IRISET.

"Work on the proposed new centre work would begin soon. A memorandum of understanding was signed with the All India Council for Technical Education (AICTE) to take up railway signal engineering courses and especially ‘Kavach’ with five engineering colleges joining including NIT-Warangal," commented Sudhir Kumar, Director General, IRISET.

"Railways had lot of scope for introducing modern technology through data mining, analytics and machine learning in all its functions from running trains, administration, engineering, human resources, etc. He also offered his institute expertise," pointed out P.J. Narayanan, Director, IIIT-Hyderabad.