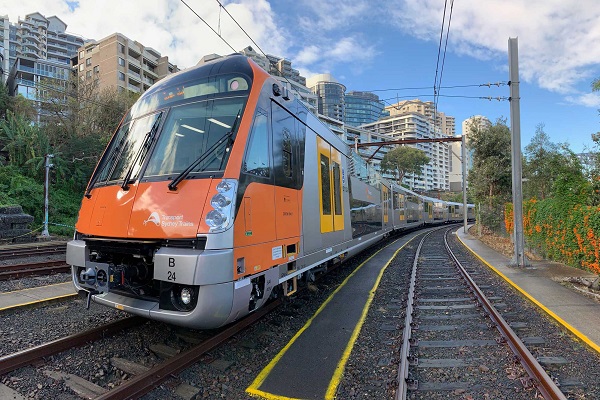 To implemet the project, now a new memorandum of understanding (MoU) required to be signed between the Indian Railways (Central Railway & South East Central Railway) and the Maharashtra Metro Rail Corporation Limited (Maha Metro) to cover Chhindwara, Betul, Amravati, Wadsa, Gondia and Chandrapur corridors. As per the plan, the existing train services will be discontinued to these areas.

Earlier on July 16, 2018, an MoU was signed that included services to four corridors from Nagpur to Wardha, Bhandara, Ramtek, and Narkhed totalling 265km. Now, as per the new plan, these feeder services will be expanded to 1,026km and will include 130 stations.

The new MoU will be signed next month in Nagpur in the presence of railway minister Ashwini Vaishaw and Road Transport & Highway Minister Nitin Gadkari. 24 months deadline is the targeted to start services in the priority corridor Wardha with the requisite infrastructure in place.

On a pilot basis, Vande Bharat (Train 18) rakes will be introduced between Nagpur-Wardha (78km) to cater to the immediate ridership requirement of the busiest route. Wardha-Nagpur has been chosen as the route of utmost importance. The traffic survey, capital costs, maintenance requirements, haulage charges, timetabling, fare structure and infra work details have already been submitted by Maha Metro vide the earlier DPR.

“Depending on its success, BG Metro services will be rolled out in phases, and will act as a feeder service to the Nagpur Metro rail project after being interfaced with railway stations at mutually decided locations,” said officials, reported TOI.

The earlier proposal had planned to introduce air-conditioned high acceleration electric multiple units (EMU) in the four corridors — Wardha, Bhandara, Ramtek, and Narkhed. Now the old proposal will be dubbed Phase I of the BG Metro project whose DPR had already been prepared.

Maha Metro will provide technical consultancy over the framing of technical specifications, interior furnishing, and seating arrangements in the rolling stock. The traffic survey of road/rail passengers in all these seven routes will be done by Maha Metro.

“On the basis of this survey analysis, Maha Metro will furnish the approximate train set requirement along with a tentative timetable overarching the earlier DPR. The proposed timetabling will be subject to the line capacity constraints and may be implemented in a phased manner depending upon completion of capacity enhancement works in the respective corridors,” sources said.

The draft MoU states that the corresponding infrastructure and related expenditure for maintenance along with the stabling of these BG Metro trains shall be arranged by the railways. The planned and unplanned maintenance shall be done by Maha Metro staff deployed at railway sites.

The automatic fare collection (AFC) system shall be provided by Maha Metro at its own cost and shall be integrated with the Nagpur Metro services. The AFC system is expected to be a ticket validation system. The responsibility related to commercials, marketing, advertising, and promotional activities of the train sets shall be with Maha Metro.

Sources said Maha Metro shall be responsible for the overall management of these BG Metro rail projects including rolling stock maintenance, operations, AFC system, fare box, and non-fare box revenue collections. Railways will provide train drivers and guards to operate the trains. Interestingly, the capital expenditure for spares will have to be borne by the railways.

To provide level boarding of the BG Metro trains as in the metro style, a few modifications in the existing railway stations shall be done by the railways. However, this was the bone of contention in the earlier MoU.

Even today, many stations don’t have heightened platforms. The draft MoU says the expenses on heightening platforms and many other amenities will have to be borne by the railways. Sources said Maha Metro in its final DPR shall propose the details of platform raising, and subsequent FOB modifications which are to be done in every corridor along with the estimated cost.

The MoU states that a space utilization scheme for different aspects involving ticketing, entry, exit, etc with adequate measures shall be decided mutually between the railways and Maha Metro in their joint MoU. Here are the details of the seven corridors:-

The new Broadguage Metro will now cover 1,026km with 130 stations.