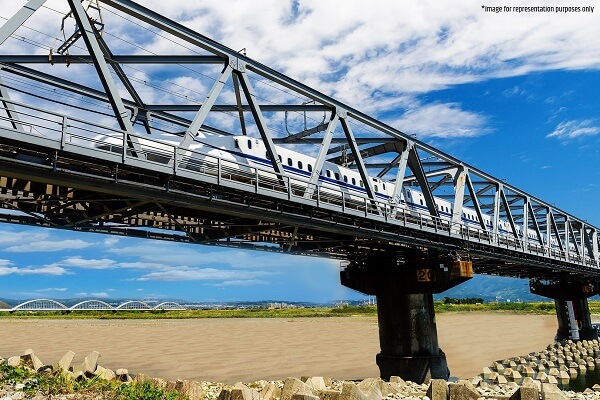 "The company has been working hard on the expansion plan to ensure it captures the potential that is here in India. The expansion is in line with government initiatives like Atmanirbhar Bharat", Mittal said.

As the company grows, the plan is to expand specialty steel portfolio and focus on segments such as automotive, transportation and renewables, he added.

"The first train is expected to run on a 50-kilometer section between Surat and Bilimora in 2026 and our steel will be on that train," the Chairman said, adding: "We are bringing technologies in that have not existed in India. We will make products that have never been made in the country," Mittal said.

A consortium of Larsen and Toubro (L&T) Construction’s Heavy Civil Infrastructure business and Japan’s IHI Infrastructure Systems has been awarded a contract to deliver 28 steel bridges for the Mumbai Ahmedabad High Speed Rail Corridor in India.

According to National High Speed Rail Corporation Ltd (NHSRCL), which is implementing the bullet train project, estimated that around 70,000 MT of steel will be used for the fabrication of these steel bridges for this project.

Steel Authority of India Ltd (SAIL) has supplied over 80,000 tonnes of steel for the Mumbai - Ahmedabad High-Speed Rail (MAHSR) corridor project so far.