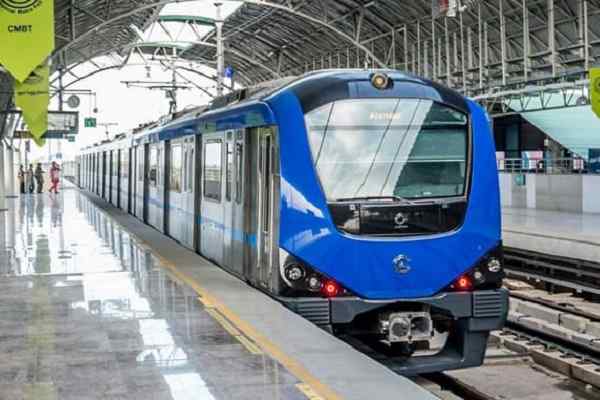 Chennai (Urban Transport News): The Tamilnadu Governor has approved the formation of a unified transport authority to integrate multi-modal transportation systems in the Chennai. This information was shared by the Governor himself at the Tamilnadu Assembly on Wednesday. The Chennai Unified Metropolitan Transport Authority (CUMTA) Act and its relevant rules will be notified on January 16, 2019

"The Chennai Metro Rail has provided a world-class urban public transport facility in Chennai. The Phase –I has already commenced operations and is expected to be fully commissioned by January 2019. The Phase-I extension from Washermenpet to Wimco Nagar at an estimated cost of Rs.3,770 crore will be ready for inauguration by June 2020 as scheduled.

The State Government has already accorded in-principle approval for the implementation of Phase-II of Chennai Metro Rail Project covering 107.55 km in three corridors. I am happy to inform this august House that the Japan International Cooperation Agency (JICA) has now approved the funding of Rs.20,196 crore for the priority stretches totaling 52 km from Madhavaram to Sholinganallur and Madhavaram to Chennai Mofussil Bus Terminus (CMBT).

The loan agreement for the first tranche of approximately Rs.4,770 crore was signed on 21st December 2018 and work will commence shortly. I am glad to announce that the Chennai Unified Metropolitan Transport Authority (CUMTA) Act and its relevant rules will be notified on 16th January 2019 to make the integrated functioning of Multi-Modal Transportation System a reality", said H.E. Banwarilal Purohit while addressing the Tamilnadu Assembly on Wednesday.

After implementation of the CUMTA Act, all public transport systems would be integrated to work together and commuters can switch their transportation mode from MTC buses to Chennai MRTS and vice-versa with minimal hassle. This could be done through a common mobility card for all modes of transport.

The main aims of the Chennai Unified Metropolitan Transport Authority (CUMTA) Act to frame an urban transport policy for the Chennai Metropolitan Area on the lines of the Centre's National Urban Transport Policy, received the approval of the State Governor on November 27, 2010 and was published in the Tamil Nadu Gazette Extraordinary on December 2, 2010 but not not yet implemented.

The need for the Chennai Unified Metropolitan Transport Authority (CUMTA) Act became urgent when the Chennai Metropolitan Development Authority (CMDA) had felt lack of coordination urban transportation networks such as the Highways department, suburban railways, mass rapid transit system, and the Chennai Metro while preparing the second master plan for Chennai. Due to this, the CMDA could not be formed delaying the integration of all public mass passenger transport modes by means of various measures such as routing and scheduling, the operation of feeder services and combined or common ticketing to facilitate seamless commuting options for the public.

At present, there are 10 different agencies, which are governed by various ministries and departments, are involved in traffic and transportation management in the Chennai Metropolitan area.

The Chennai Unified Metropolitan Transport Authority (CUMTA) would be a single body to monitor the implementation of various traffic and transportation measures, including promoting the cause of public mass passenger transport systems and regulating their operations, besides implementation of traffic and transportation infrastructure in the Chennai Metropolitan Area. It would also help institute integrated transport planning and decision-making and give direction to the individual agencies and to the government’s overall transport strategy.