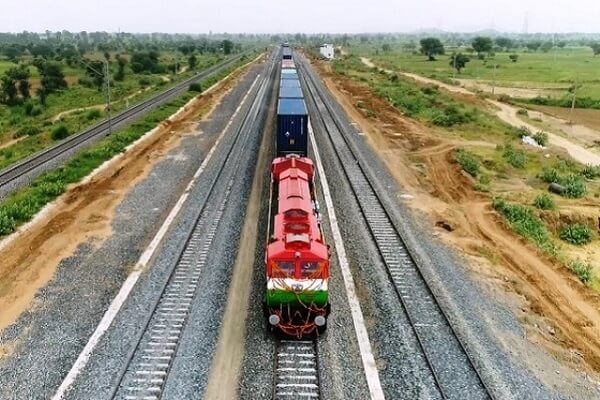 New Delhi, India (Urban Transport News): Indian Railways is planning to procure 90,000 wagons by 2025, a move that will provide a fillip to the domestic wagon manufacturing industry. “With the commissioning of dedicated freight corridors, along with a target to increase the share of freight transport through the railways, the Indian Railways plans to add 90,000 wagons," said a report issued by ICRA. The investment will be around Rs 1 trillion. The tender notice for the procurement of 90,000 wagons was floated in March 2022.

According to ICRS, the combined manufacturing capacity of rail wagons in India is estimated at 35,000–40,000 units per annum, which has faced challenges related to the under-utilization of capacities in the past. This will provide ample orders for the wagon manufacturers, resulting in an improvement in the overall capacity utilisation to 70-80% in the medium term from a modest sub 40% in the past. The bulk procurement of wagons is expected to provide a cost advantage to the government and better revenue visibility to the wagon manufacturers.

“Indian Railways had never come out with more than ~10,000 wagons orders in any financial year in the recent past. With such a high order of 90,000 wagons, the industry prospects have improved sharply," said Abhishek Gupta, Vice President and Sector Head, ICRA.

“Furthermore, 25,000-40,000 wagons are projected to be manufactured each year over the next three years. Along with the large orders from Indian Railways in FY2023, the flow of orders from the private sector has also been better in the recent past (due to challenges faced in transporting coal on account of rake unavailability), giving the wagon industry a much-needed boost. ICRA expects the competitive intensity to moderate, given the robust order pipeline. However, the availability of wheels and axles in proportion to the increased volumes may be a concern," he added.

During FY2023-25, the aggregate operating income (OI) of top wagon manufacturers is expected to witness a CAGR of around 25% on account of strong order inflows from the Indian Railways along with the increase in price per wagon.

"The total debt/OPBIDTA is expected to reduce from 2.0 times in the coming years compared to ~4 times in the recent past. Overall, the debt coverage metrics are expected to improve with the steady improvement in revenues and profit margins," the ICRA report said.

“The Indian Railway contract includes a price escalation clause that protects OPBIDTA margins to a large extent. Going forward, the expected increase in capacity utilisation and associated operating leverage benefits should contribute to the improvement of operating margins. The receivable cycle of industry participants is also expected to remain under control. In the absence of any major capex/investment plans, the credit profile of most wagon manufacturers is expected to improve over the medium term," Gupta added.