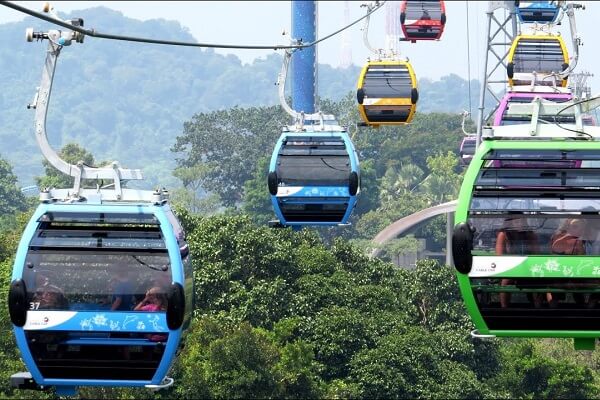 The authority had proposed a 7.2-km ropeway system to provide last mile connectivity for residents of Gorai and Marve to Metro Line 2A, which is coming up between Dahisar (West) to Andheri (West). The route for the ropeway was planned from Mahavir Nagar to Pagoda and from Pagoda to Gorai, having eight stations. The project was expected to cost around Rs 568 crore.

According to MMRDA, the ropeway was expected to benefit tourists visiting Gorai beach and Essel World and would also have served as a feeder service for the Mumbai Metro 2A (Dahisar to D N Nagar) corridor. The ropeway sytem was expected to reduce one-and-a-half hours of travel time to 36 minutes.

In February 2020, MMRDA had invited tenders for the construction and operation of the ropeway on PPP model. However, the first tender did not receive any response from companies and consequently revised tender was issued in August 2020, following which two companies showed interest in the project. It was proposed that a company from Saudi Arabia would be awarded the project. The company would also be allowed to run the ropeway system for 40 years.

“However, as per the terms and conditions of the tender, the MMRDA would have to pay 50 per cent of share in loss in ticketing and operation if there is a loss of more than 20 per cent… Also, both companies that showed interest had no experience of running a ropeway… The MMRDA further needed permission from the department of environment and forests within one year after signing the agreement with the contractor, which was difficult,” said a MMRDA official.

“It was observed that MMRDA was likely to incur financial losses and hence, the proposal to award the contract was not approved… fresh tender with new terms and conditions will be floated within a few months,” the official added.