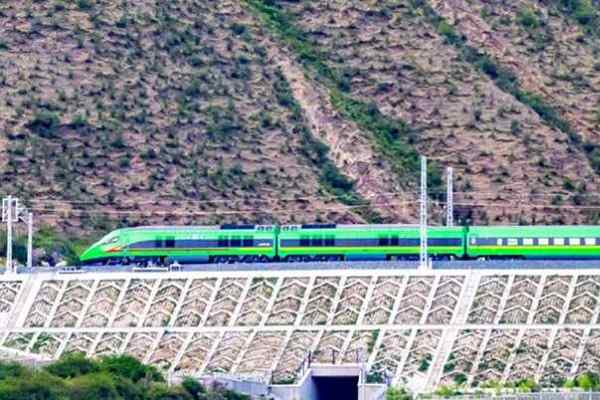 Mumbai, India (Urban Transport News): The much hyped Hyperloop Transportation project in dreamed by Alon Musk in Maharashtra is now binded up. According to the latest plan, the Mumbai-Hyderabad High Speed Rail Corridor has been shown on about 70% of the proposed hyperloop route on the Pune-Mumbai HSR route. So, now it is clear that the Pune-Mumbai Hyperloop Transportation project has been wrapped up by the Maharashtra Government.

“The distance from Mumbai to Hyderabad is about 711 km. A separate track will be laid for this railway. It has been approved by the Centre, the State, and the PMRDA. Apart from this, it has also been included in the PMRDA’s development plan. The high-speed railway line and the hyperloop route, which is an ambitious project of the Central Government, are almost 70% the same. Therefore, the possibility of the hyperloop transportation project has been reduced,” said PMRDA officials.

The National High Speed Rail Corporation Ltd (NHSRCL) has been given responsibility to prepare the detailed project report (DPR) for the proposed high-speed rail corridor between Mumbai and Hyderabad.

A high speed rail track is being proposed to connect Kolluru in Sangareddy district near here with Thane in Maharashtra. The initial plan is to facilitate travel of 750 passengers in ten coaches with halt at 11 stations.

According to officials, the Mumbai-Pune-Hyderabad High Speed Rail project would rquire acquision of 1,198 hactres of land and the same was informed to the Telangana government officials by the representative of the NHSRCL in a meeting held in Sangareddy Collectorate.

As of now, the train travel from Hyderabad to Mumbai takes about 12-14 hours. Road travel also takes the same time to cover about 700 km. The areal distance is about 621 km between the two cities. One the project implemented, the total travel time would be reduced to three hours.